The corporate media may be obsessed with the right-wing's slanders about socialism, but a new debate about alternatives is underway on the left.

The Nation has organized a forum on "Reimagining Socialism," with an opening article by Barbara Ehrenreich and Bill Fletcher, followed by responses from numerous well-known figures on the left.

Nation sports columnist Dave Zirin, a regular contributor to SocialistWorker.org, wrote one of responses, which we republish here with his permission.

I'LL NEVER forget interviewing Lester "Red" Rodney, the 96-year-old former sports editor of the Communist Party's newspaper, the Daily Worker. Speaking about the Great Depression, Rodney said, "People who weren't around during the 1930s can't fully grasp what it was like politically. If you weren't some kind of radical or socialist...you were considered brain-dead, and you probably were!"

As we enter another period defined by electric currents of crisis and hope, Rodney's words come back to hit me like a left hook. The fact that The Nation is publishing this remarkable forum is a testament to the moment. It's time to come out of our political closets and say openly that another world is not only possible but necessary. If we weren't living in these troubled times, the urgency would not be so acute. But we are, and therefore it is.

Ehrenreich and Fletcher are spot on when they write, "...we do understand--and this is one of the things that make us 'socialists'--that the absence of a plan, or at least some sort of deliberative process for figuring out what to do, is no longer an option." 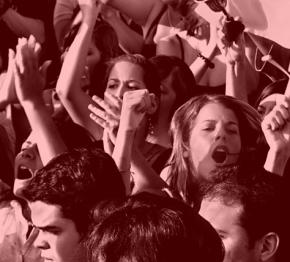 As the great historian Howard Zinn wrote on socialism, "There are people fearful of the word, all along the political spectrum. What is important, I think, is not the word, but a determination to hold up before a troubled public those ideas that are both bold and inviting--the more bold, the more inviting."

Of course, we have learned from President Obama's early days that even the most incremental calls for change put you at risk of being labeled a red menace. (My favorite moment was probably when the utterly unhinged Michele Bachmann said that Obama's policies represented "the final leap to socialism.") The right uses it as an all-purpose insult precisely to keep those calling for change skittish and fearful. Stick a red "S" on their chest and watch them squirm. If that is going to be their frayed last line of defense as they defend a sclerotic system, then we shouldn't run from the label, but reclaim it.

We reclaim it as Zinn said, by holding up ideas, amidst profound insecurity, that are bold and inviting.

Let's boldly speak about the possibility of living in a country where bankers don't make out like bandits while people lose their homes; where prisons aren't seen as a "growth industry" and healthcare is a right instead of a privilege.

Let's boldly say that ordinary people have the capacity for extraordinary deeds and can run society far more effectively than those who have been looting their pensions and destroying their jobs.

Let's reintroduce a new generation to the dynamic hidden history of radical change from below. Socialism has been associated with top-down, smothering bureaucracies, but there is a different tradition that threads through the defining struggles of the last century: the battles for the eight-hour workday, women's rights, desegregation, LGBT rights and global justice.

The fact that Stalinism and McCarthyism wrecked the Communist Party in this country should not blind us to the fact that it built an organization of 80,000 activists by 1938, without which there would have been no 1934 San Francisco general strike, no UAW, no CIO. The American left's fear of creating its own political party, built on radical principles, remains an obstacle that we must find a way to overcome.

There is no question this will take work. We are talking about reclaiming a proud history of struggle from below while rejecting the part of that history that aligned itself with dictatorial change from on high. But if our ideas are going to have any kind of currency, then we will need more unions, more community groups and more people joined arm in arm that openly stand in the best of the socialist tradition. We will need to be out and proud in the battles to come.

This isn't about crudely calling for socialism at every turn like a broken clock waiting patiently to be right twice a day. That's a great way to not receive a return invitation to the next community meeting. But it is about recognizing that those day-to-day campaigns--whether for the Employee Free Choice Act, marriage rights or racial justice--become more potent if we are animated, as Woody Guthrie sang, by the idea that "There's better world that's a-comin'/ Don't you see."

First published in The Nation.