Time for a just peace to end the “war on drugs”

With a sea change underway in mainstream attitudes toward the "war on drugs," Helen Redmond explains how the war got started--and why it must be ended now.

THE U.S. "war on drugs" is being widely and publicly criticized--from a number of different political quarters--as unwinnable, inhuman and racist.

It's a long time coming--and some of the newfound critics ought to own up to their share of the responsibility for this immensely destructive war being launched in the first place.

But at least the long-hidden reality of U.S. drug policy is finally under a national microscope. President Obama and Attorney General Eric Holder have acknowledged that drug laws are racially biased and need to be reformed. According to Holder, "Too many people go to too many prisons for far too long for no good law enforcement reason."

Politicians ranging from Democratic Vice President Joe Biden to Republican former House Speaker Newt Gingrich--both of whom played a part in the passage of tough-on-crime, mandatory minimum drug laws--are now saying these laws are too harsh and a waste of taxpayer money.

There is a serious discussion of rolling back cruelly draconian punishments, granting clemency for drug law violators, and drug decriminalization and legalization. At the end of May, the editorial board of the New York Times published a scathing editorial that concluded: "The American experiment in mass incarceration has been a moral, legal, social and economic disaster. It cannot end soon enough." 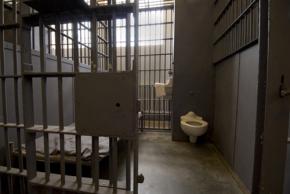 HOW DID the U.S. become the world's leader in incarceration, with 2.2 million people currently behind bars in prisons or jails, including more than 300,000 people imprisoned for drug offenses?

The answer: The war on drugs and crack cocaine.

Crack was a form of smokable cocaine that spread in the early 1980s as a much cheaper--and thus mass marketable--alternative to powder cocaine. It was then used as the pretext to eviscerate civil rights and impose mandatory minimum sentencing for drug offenses which kicked off the era of mass incarceration and the new "Jim Crow."

Ronald Reagan was elected in 1981with the promise of getting "big government" out of the lives of Americans by slashing federal social programs. Reagan had no problem, however, getting big government into the lives of millions of people by spending billions on more police, more prisons and an expanded criminal justice system. At the same time as he was shredding the social safety net, Reagan launched a ferocious "war on drugs" that would severely punish those who wouldn't "Just say no."

The death of Len Bias was a political game changer. In 1986, the 22-year-old African American basketball star died from a cocaine overdose. Though Bias was a user of powder cocaine, his death was used to whip up a nationwide hysteria about crack.

The Democrats were just as enthusiastic as Reagan's Republicans. Seeking to dispel his party's image as being "soft on crime," House Speaker Tip O'Neill convened an emergency meeting following Bias' death, where he reportedly said: "Write me some goddamn legislation... All anybody up in Boston is talking about is Len Bias. The papers are screaming for blood. We need to get out front on this now... The Republicans beat us to it in 1984, and I don't want that to happen again. I want dramatic new initiatives for dealing with crack and other drugs. If we can do this fast enough, we can take the issue away from the White House."

The mass media dialed up the hysteria. From the New York Times to Time magazine and far beyond, thousands of articles and editorials, full of lies and half-truths, were printed about crack cocaine. In this hysteria, the faces of crack users were invariably Black, though the majority of actual users were white. Crack users were despised and demonized, pejoratively referred to as "crack heads," and "crack whores." Children born to crack-addicted mothers were dubbed "crack babies."

The New York Times consistently put wildly exaggerated articles about crack on its front page. One typical story claimed that crack was "spreading all over the place" and quoted a politician saying, "If we don't stop crack now, it will destroy our young people."

The stage was set for drug laws based on a series of racist lies and myths that would result in the incarceration of unprecedented numbers of African Americans.

WITH LESS than three months between its introduction in Congress and Reagan signing it into law--an almost unheard-of fast-tracking of a major piece of legislation with enormous societal and fiscal consequences--the Anti-Drug Abuse Act of 1986 was enacted.

For the first time, this law created a distinction between two forms of the same drug--crack and powder cocaine. Lawmakers justified the massively harsher punishment by claiming that the crack trade incited violence, and that crack itself was more addictive than powder cocaine.

The infamous 100-to-1 sentencing differential was born.

In addition, the 1986 law stripped judges of the ability to adjust sentences based on mitigating factors--they were instead required to impose the mandatory minimum sentences. Ironically, one of the rationales for eliminating judicial discretion was to prevent "unwarranted sentencing disparities"--precisely what the law created with its 100-to-1 rule.

Next, Congress passed the Anti-Drug Abuse Act of 1988, which established a federal mandatory minimum sentence of five years for simple possession of crack.

With the passage of these two laws, the jails and prisons began to fill up fast with low-level crack dealers and users. Those arrested were overwhelmingly poor, young Black men and women, who lived in neighborhoods scarred by high unemployment rates and police violence. Generations of urban Black youth were disappeared into prisons in rural white towns for astonishing lengths of time.

Charges of racial bias in the application of mandatory minimums led to the U.S. Sentencing Commission (USSC) conducting a review of the laws. Two separate reports found extreme racial bias: almost 90 percent of federal crack offenders were Black. The USSC recommended that the quantity trigger for crack and powder cocaine offenses be equalized. In their report, USSC members rejected the myth that crack was more dangerous than powder cocaine and noted, "[T]he picture of crack painted by the media bore little resemblance to the reality portrayed by scientific research on the subject."

Both times the USSC issued these reports, Congress and then Democratic President Bill Clinton rejected its recommendations.

Instead, Clinton--wanting to improve his tough-on-crime credentials--encouraged Congress to pass the Violent Crime Control and Law Enforcement Act of 1994. This law contained some of the harshest penalties ever enacted by the federal government, including expansion of the death penalty to include large-scale drug traffickers; stiffer penalties for violent and drug trafficking crimes committed by gang members; and a "three strikes and you're out" provision that required mandatory life imprisonment without the possibility of parole for federal offenders with three or more trafficking convictions.

All in all, Bill Clinton presided over the incarceration of the largest number of African Americans and the biggest increase in federal and state prison prisoners generally in American history, as the Justice Policy Institute reported.

So it's hard to believe today that author Toni Morrison could actually call Clinton "our first Black president" back in 1998. Morrison wrote that Clinton was "Blacker than any actual Black person who could ever be elected in our children's lifetime. After all, he displays almost every trope of Blackness: Single-parent household, born poor, working-class, saxophone-playing, McDonald's-and-junk-food-loving boy from Arkansas."

FOR DECADES, the war on drugs, mass incarceration and the maximum-punishment-no-matter-what-the-cost ideology dominated U.S. politics. Attempts at reform were met with intense opposition and frenzied accusations of being "soft on crime."

The recent shift in crime policy is for two main reasons.

The first is a series of hard-won victories by grassroots organizations around the country attempting to reform draconian drug laws. These movements have put racial and social justice at the forefront of the struggle.

The second is the economic crisis that has exposed the bloated budgets of the criminal justice and prison systems. Do Americans really want to spend $50,000 a year to lock up Sharanda Jones--a 32-year-old mother found guilty on crack cocaine charges and sentenced to life without parole for a first-time, nonviolent drug offense--for the rest of her life?

One important step in the right direction was the passage of the Fair Sentencing Act. In 2010, Congress enacted legislation that reduced the sentencing disparity between offenses for crack and powder cocaine from 100-to-1 to 18-to-1 and abolished the five-year mandatory minimum sentence for simple possession of crack cocaine.

But this was just a step--the ratio should be eliminated altogether, and furthermore, the law wasn't applied retroactively, so thousands of people still languish behind bars as a consequence of harsh drug laws.

Other struggles by criminal justice activists have contributed to the shifts in popular opinion on this issue. For example, the movement to end stop-and-frisk racial profiling in New York City won a landmark decision concluding that victims of the police practice had constitutional rights violated. Some 90 percent of those stopped by New York cops are African American and Latino, and thousands are arrested for marijuana possession in the process.

The court decision against stop-and-frisk--and the city's refusal, under new mayor Bill de Blasio, not to appeal--are another step forward. But the results are mixed--marijuana arrests have actually increased under de Blasio, according to a new report released by the Marijuana Arrest Research Project.

This shouldn't come as a surprise. New Police Commissioner William Bratton is on record as saying, "The idea of decriminalizing marijuana, I think, is a major mistake, and something I will never support." Apparently, Bratton doesn't know that in New York, small amounts of pot have been decriminalized since 1978.

The most clear-cut wins for drug law reform have been the legalization of marijuana in the states of Colorado and Washington and the passage of medical marijuana bills--currently, 22 states plus Washington, D.C., allow marijuana to be used to treat a variety of illnesses, and four states have similar legislation pending.

Even mainstream media commentators are starting to challenge some of the myths and distortions perpetrated about drugs, including the Drug Enforcement Administration's (DEA) lies about marijuana. Sanjay Gupta, CNN's chief medical correspondent, made two powerful documentaries about the medicinal properties of cannabis--and he apologized for years of misleading the public by speaking out against medical marijuana.

In April, the Justice Department announced new criteria for clemency that could potentially lead to the release of thousands of drug war prisoners. It's a much-needed reform for people, some of whom would be condemned to die behind bars otherwise.

But the criteria for clemency are too strict, limiting the numbers who will be eligible. Prisoners must meet the following conditions: They would have to receive a lower sentence if convicted of the same offense now; be a nonviolent offender; have no ties to gangs or criminal organizations; have no criminal history or history of violence; and have demonstrated good conduct in prison.

As Bruce A. Dixon commented for the Black Agenda Report:

The bottom line is that an act of presidential clemency, while good news for the lucky hundreds or thousands of families involved, will leave no legal footprint and make no institutional impact upon the universal policy of mass incarceration...At the rate the pipelines are pumping them in, their cells will be refilled in a month or two, no problem.

The powers that be in U.S. society are finally admitting that the staggering rise in the nation's prison population over the past 40 years has been fueled by unjust drug convictions and the mass incarceration of poor Black people. But the "war on drugs" isn't over yet--it's time to organize for a just peace.