Capital crimes from Panama to Delaware

The Panama Papers have exposed a shadowy apparatus for the rich to protect their wealth--but you don't have to go to Central America to find it, writes Eric Ruder.

THE RELEASE of the Panama Papers--11.5 million leaked documents from Panama-based law firm Mossack Fonseca that detail offshore bank accounts and tax havens used by the rich and powerful to defend their wealth--has already had a global impact.

The prime minister of Iceland was forced to resign amid protests, and no one knows whose head will be the next to roll. Among those implicated are Russian President Vladimir Putin, Argentine President Mauricio Macri, and the families of Chinese President Xi Jinping and British Prime Minister David Cameron.

It's no wonder that the Panama Papers are provoking outrage. Among the billions squirreled away for its wealthy clients by Mossack Fonseca lawyers is the dirtiest of dirty money: the profits of sex traffickers and drug cartels, vast fortunes stolen by dictators from national treasuries, personal wealth of celebrities and businesspeople kept hidden from tax authorities.

Yet Mossack Fonseca self-righteously claims that the services it offers clients are perfectly legal. In a statement, Mossack Fonseca asserted that while the firm "may have been the victim of a data breach, nothing we've seen in this illegally obtained cache of documents suggests we've done anything illegal, and that's very much in keeping with the global reputation we've built over the past 40 years of doing business the right way." 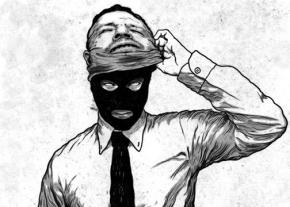 Of course, the law firm has certainly broken laws--both purposefully as well as by conveniently "forgetting" to exercise its duty to ensure that its clients' wealth has legal origins.

Still, it's a telling statement about the economic and political systems that prevail under capitalism that much of what Mossack Fonseca did for its clients--while repulsive to anyone with a conscience and concern for social justice--is legal according to the letter of the law.

SOME IN the media have noted that the revelations about the Panama Papers--which pertain to some 14,000 clients and 214,000 offshore accounts--haven't focused on any prominent Americans, at least so far. There are a couple reasons for this.

First, stay tuned: the international consortium of journalists analyzing the Panama Papers is still combing through an enormous pile of records and tracking down the individuals concealed beneath the layers of shell companies. It may yet take months to identify the Americans who used the services of Mossack Fonseca--which, by the way, is only the world's fourth-largest law firm specializing in helping the super-rich stash their super-riches.

Second, if it does turn out that Americans are underrepresented on Mossack Fonseca's client roster, it may be because the U.S. already provides the rich and powerful with some of the most secretive banking and financial transaction options anywhere in the world.

"Americans can form shell companies right in Wyoming, Delaware or Nevada," law professor Shima Baradaran Baughman said in a roundtable interview at Fusion.net. "They have no need to go to Panama to form a shell company to use for illicit activities."

Jason Sharman, co-author of the book Global Shell Games: Experiments in Transnational Relations, Crime, and Terrorism, made a similar point in the same interview:

What's more, the U.S. government expects other countries to help the U.S. Treasury collect taxes on income hidden abroad by American citizens, but the Feds don't offer the same courtesy to other countries--which is why the U.S. is itself considered the world's third-best offshore tax haven, trailing only Switzerland and Hong Kong.

According to an Associated Press report titled "A top haven for tax cheats that may surprise you: the U.S.":

Under a 2010 law, passed after it was learned that the Swiss bank UBS helped thousands of Americans evade U.S. taxes, the United States demands that banks and other financial institutions disclose information on Americans abroad to make sure they pay their U.S. taxes. But the U.S. doesn't automatically return the favor. More than 90 countries have signed on to a 2014 information-sharing agreement set up by the Organization for Economic Cooperation and Development; the U.S. is among the few that haven't joined. American banks don't even collect the kind of information foreign countries would need to identify tax dodgers.

THE KIND of "offshoring" to help the rich evade taxation which the Panama Papers exposes costs the U.S. an estimated $150 billion in revenues annually.

That's a pretty penny. By comparison, the deep budget cuts being imposed on the Chicago Public Schools are the consequence of a $500 million budget shortfall--1/300th of the estimated revenue loss due to offshoring of wealth for legal tax evasion.

But that's still dwarfed by the loss of revenues due to tax breaks for the rich voted into law by Republicans and Democrats alike over the course of decades. In the 1950s, the U.S. tax rate on the highest levels of income--known as tax brackets--was 91 percent. Today, the top marginal tax rate is 39.6 percent. The rate only applies to individuals making more than $406,750 and households making more than $457,600--fewer than 1 percent of the total.

Or consider corporate tax rates. As an article at the New Zealand Marxist Redline website explained:

In the U.S., the top tax rate on corporate profits stands at 35 percent. But globally, the average rate paid by the Fortune 500 companies averaged only 12.6 percent in 2011, the lowest it has been since before World War I. And this is only an average, hiding the fact that many of the most profitable companies paid no taxes at all. Over four years' time, from 2008 to 2011, 111 of the 280 largest companies paid an average 4.6 percent, 67 more averaged 0 percent over three years, and 26 averaged a minus 6.7 percent--that is, the government paid them at tax time. GE averaged a minus 17 percent!

How do these massive and profitable corporations get paid out of government coffers instead of paying into them?

Tax optimizers have themselves become financial giants. The leaders of the sector, called the Big Four, are Deloitte Touch Tohmatsu, PriceWaterhouseCoopers, KPMG and Ernst & Young. They employ some 700,000 specialists in 150 countries, and their 2011 turnover totaled $100 billion. One of them ran an ad promising prospective clients that they could completely escape paying any taxes against a 30 percent commission on the money thus spared.

TAXATION OF the rich and corporate profits is viewed, even among the wealthy and powerful, as a necessary evil to raise the living standards of the poor--not out of any moral commitment to addressing poverty, but to keep the system from being threatened by eruptions of struggle from below. As the exquisitely named British Conservative Party Member of Parliament Quintin Hogg--who later served as a minister in Margaret Thatcher's government--put it in 1943: "We must give them reform, or they will give us revolution."

Evading taxation on huge fortunes is, thus, a form of class struggle by the wealthy against those on the bottom rungs of society. But in contrast to the class warfare carried out by the whole governments in the form of regressive taxes and lowering the amount the rich must pay under progressive tax systems, evasion is an individual solution--sometimes legal, sometimes not--to accomplish the same result.

That's why firms like Mossack Fonseca exist: to elude the long arm of the taxman by legal means when possible, and shady or downright criminal ones when not.

The U.S. "war on crime" has been tracking down lawbreakers and putting them behind bars in massive numbers for more than three decades. American jails and prisons are filled to overflowing with people who have committed "street crimes," such as theft, burglary and robbery, which lead to an estimated $3.8 billion in total losses each year.

But the rich and powerful criminals who perpetrate so-called "white-collar crime," such as tax evasion or health care fraud, rarely ever see the inside of a jail cell, even though their theft collectively costs between $100 and $400 billion a year, according to the FBI.

This is unsurprising--lawbreakers from poor and marginalized communities are easy targets for politicians and prosecutors alike, easily scapegoated for society's ills. By contrast, making a legal case stick against a wealthy executive or investor with the means to fight back with lawyers, campaign contributions and public-relations propaganda is a much more difficult prospect--and a failed attempt can cost a political career.

But no one should be fooled that the consequences of "white-collar crime" are less deadly than street crime. In the late 1990s, for example, corporate crime cost the U.S. economy an estimated $1 to $2 trillion a year, and researcher Ralph Estes suggested that white-collar criminals caused roughly 150,000 deaths each year in this same era. For the sake of comparison, there was a record number of homicides in 1991: 24,700.

In the words of the 19th century robber baron Daniel Drew: "Law is like a cobweb; it's made for flies and smaller kinds of insects, so to speak, but lets the big bumblebee break through. When technicalities of the law stood in my way, I have always been able to brush them aside easy as anything."

Or as former Atlanta Mayor Andrew Young put it in our own time: "Nothing is illegal if 100 businessmen decide to do it."