Still scraping by while the bankers celebrate

Corporate America is fully recovered from the Great Recession, but the finances of nearly half of U.S. households have stagnated or worse, writes Ryan de Laureal.

TEN YEARS ago, the Great Recession shook the world financial system, setting off a panic in corporate boardrooms and ravaging the household finances of millions of working-class families.

Today, America’s corporate executives are rejoicing in the new Trumpian era of deregulation and corporate pillaging — but ordinary people are still struggling to get by from week to week, and living in fear of a disaster that will plunge them into destitution.

On Wall Street, the bankers who are determined to forget the lessons of the 2008 financial crisis are enjoying the “Trump bump” in the stock market, which is up nearly 40 percent since Trump won the 2016 elections.

The markets are being driven in part by a wave of tax breaks for the rich and corporate deregulation that are continuations of the neoliberal policies that led the country to its worst economic meltdown in nearly a century. The festival of conspicuous consumption that followed has covered up the return of risky financial practices that nearly took down the global economy a decade ago. 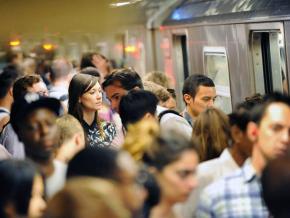 Meanwhile, on Main Street, more than four in 10 American households struggle on a monthly basis to afford housing, child care, food, transportation and health care without going into debt, according to a recent report.

WITH TRUMP in the pilot’s seat, the corporate class has already managed to restructure the tax system to its benefit, with huge breaks for corporations and the wealthy.

Then, on May 24, the business and financial elite got another item on its wish list: a rollback of financial regulations contained in the Dodd-Frank legislation passed into law after the crisis. Dodd-Frank was aimed at preventing another economic collapse by imposing stricter scrutiny on large banks.

The present bill, the “Economic Growth, Regulatory Relief and Consumer Protection Act,” was authored by Republicans and signed into law enthusiastically by Trump. But it should be noted that a significant chunk of the Democratic Congressional delegation, including fully one-third of Senate Democrats, voted in favor of rolling back one of their own party’s signature legislative achievements of the Obama era.

Among other measures that will impact the financial sector, the bill alters the Dodd-Frank regulatory framework by raising the level of financial assets at which various rules and restrictions kick in for banks.

The backers of the bill claimed that it was intended to help “small to medium-size” banks and credit unions by freeing them of burdensome regulations, a talking point uncritically parroted by mainstream news organizations like the New York Times.

Even for a political class composed of a particularly high ratio of pathological liars, this is a falsehood. Though the bill contains some provisions that will benefit smaller financial institutions, the primary beneficiaries of the Dodd-Frank rollback are a few dozen of the largest commercial banks in the U.S., including Goldman Sachs, Morgan Stanley, and Capital One, all of which have total assets of less than $250 billion, but more than $50 billion, which would make them exempt from heightened regulation under the new rules.

Out of the thousands of commercial banks in the U.S., only about 100 reported more than $10 billion in assets in the third quarter of 2017, according to the Federal Reserve — meaning that the vast majority of American banks were never subjected to these regulations in the first place.

In fact, there are only nine U.S. banks that reported assets of more than $250 billion last year, and even these banks may still be exempted from regulation, since the new rules “[allow] the [Federal Reserve] discretion in determining whether a financial institution with assets equal or greater than $100 billion must be subject to such standards.”

WASHINGTON’S GIFTS to the 1 Percent since Trump’s inauguration come at a time of record corporate profits, record stock prices and growing employment.

But it is also a time of record debt for both consumers and corporations, and despite the steady increase in official employment levels since the Great Recession, wage growth has remained stagnant, meaning continuing hardship for workers and the poor.

And while a decrease in the unemployment rate is certainly a good thing, the current one has left mainstream economists scratching their heads as to why the increased demand for labor has not corresponded with a rise in wages, as traditional economic theory would predict.

While the “recovery” has meant wage stagnation for the vast majority of the population, the Federal Reserve was able to return Corporate America to profitability fairly quickly after 2008 by pumping cheap money into the economy. And in the wake of Trump’s tax cuts, banks and other corporations have been reporting record quarterly profits.

However, the continuation of the Fed’s policies, combined with the Trumpian wave of deregulation, could spell eventual disaster. As economist Nomi Prins has argued:

The zero-interest-rate and bond-buying central bank policies prevailing in the U.S., Europe and Japan have been part of a coordinated effort that has plastered over potential financial instability in the largest countries and in private banks. It has, in turn, created asset bubbles that could explode into an even greater crisis the next time around...The risks [are] even bigger than they were in 2007-08.

While Trump’s most recent deregulatory law doesn’t get rid of all of Dodd-Frank’s regulations, the Republicans are likely to continue in their attempts to repeal the law completely.

Trump is, in fact, already pressing for this. “We’re going to have to start looking at that also for the larger institutions, because they also are put at a disadvantage in terms of loaning money to people wanting to open up businesses, so perhaps we’ll be taking a look at that,” Trump said as he signed the Dodd-Frank repeal into law.

Please help us out

So...how do we look? We hope you’re highly impressed with the new and improved SocialistWorker.org that we launched at the end of last month.

Help us spread the word. Sign up for daily e-mail alerts from SW to keep up with our coverage, and get your friends to, as well.

Can you spare a contribution to keep this website going and growing? Click here to donate — we appreciate anything you can give.

Meanwhile, Trump continues to appoint a cabal of deregulators to important executive agencies like the Fed, Treasury and Environmental Protection Agency.

The paint has hardly begun to dry on the “recovery” from the last crisis — a crisis which led to disaster for average Americans — yet Corporate America has already forgotten that the policies it intends to continue are the very ones that detonated the Great Recession a mere decade ago.